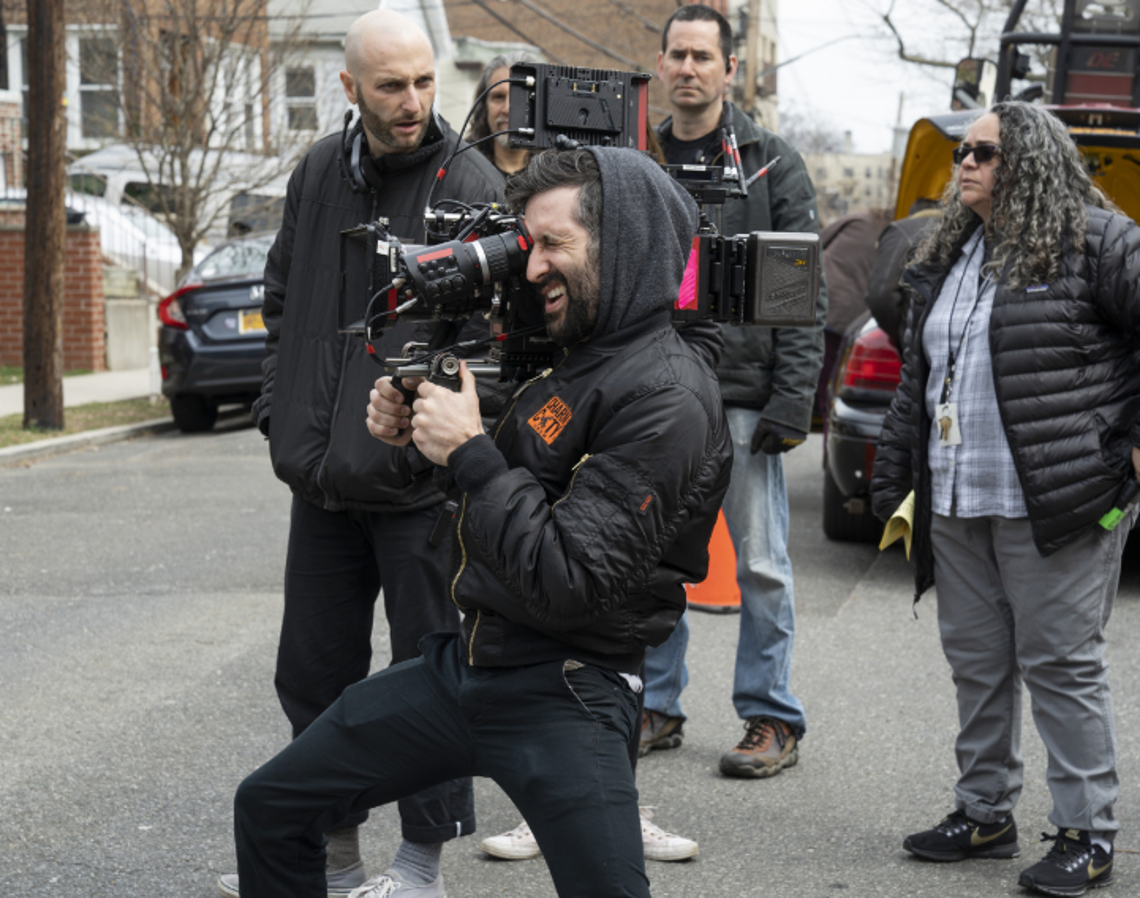 This article originally appears on ProductionHUB.

Inspired by a true story, Hustlers follows a crew of savvy former strip club employees who band together to turn the tables on their Wall Street clients. Being hailed as the female-version of Martin Scorsese’s Goodfellas, the film stars female powerhouses Jennifer Lopez, Julia Stiles, Lili Reinhart, Keke Palmer, Constance Wu, Cardi B and Lizzo.

Cinematographer Todd Banhazl discusses the creation of this female POV crime epic, how he shot this film about strippers in a style that is historically relegated to male characters, and his unique behind-the-camera perspective with us.

How did you get involved with Hustlers?

Todd Banhazl: I was recommended to Lorene Scafaria by our costume designer, Mitchell Travers. I fell in love with the script immediately, and was very lucky Lorene believed in me.

Because the film is a representation of real people and situations, what was the pre-production process like?

Todd Banhazl: Our job was to shoot our script faithfully and do justice to these characters and these ideas. There was an adherence to facts as far the world and story went, but emotionally we had to be faithful to characters on the page.

What was it like creating this story from the female POV?

Todd Banhazl: It was our biggest and most important challenge. For me, it was about listening to my female collaborators and also being aware of how I see women in the world. The delicate differences between feminism, the female gaze, and these characters weaponizing the male gaze. The film isn't without sexuality. The difference is its sexuality as a means to power. Its sexuality harnessed by a fully rendered character with their own complex emotional world.

You shot the film in a style that's historically relegated to male characters. How did you put your own spin on that?

Todd Banhazl: We used top light, hard light, low angles, and photographed skin tones in ways normally reserved for male gangster characters. It was about carefully ignoring traditional rules of how to shoot women that negate the specificity of their character.

How would you describe your behind-the-camera perspective?

Todd Banhazl: I am not completely sure, I have my own emotional POV that I can’t help but inject into the perspective of the camera. It is the subconscious stuff, and because of this perhaps choosing a DP is similar to casting for a director.

What were some of your favorite shots in this film and why?

Todd Banhazl: I LOVE the rooftop wide where Constance is wrapped in JLo’s fur coat. It has so much heart -- just a kid who wants to belong, and mama bear.

What were some of the challenges you faced while shooting?

Todd Banhazl: We had a very intense 29 day schedule, with a million small montage scenes and a million locations. We tried to build a lighting workflow that allowed us to work as blazingly fast as we needed to work, while maintaining quality of storytelling.

What was your go-to equipment and how did it help you achieve the shots you wanted?

Todd Banhazl: We used a lot of dolly zooms where you are accentuating z axis moves with a hidden zoom mixed into the push.

Todd Banhazl: It was an honor telling this story and working with such talented collaborators in every department. I will never forget this experience!