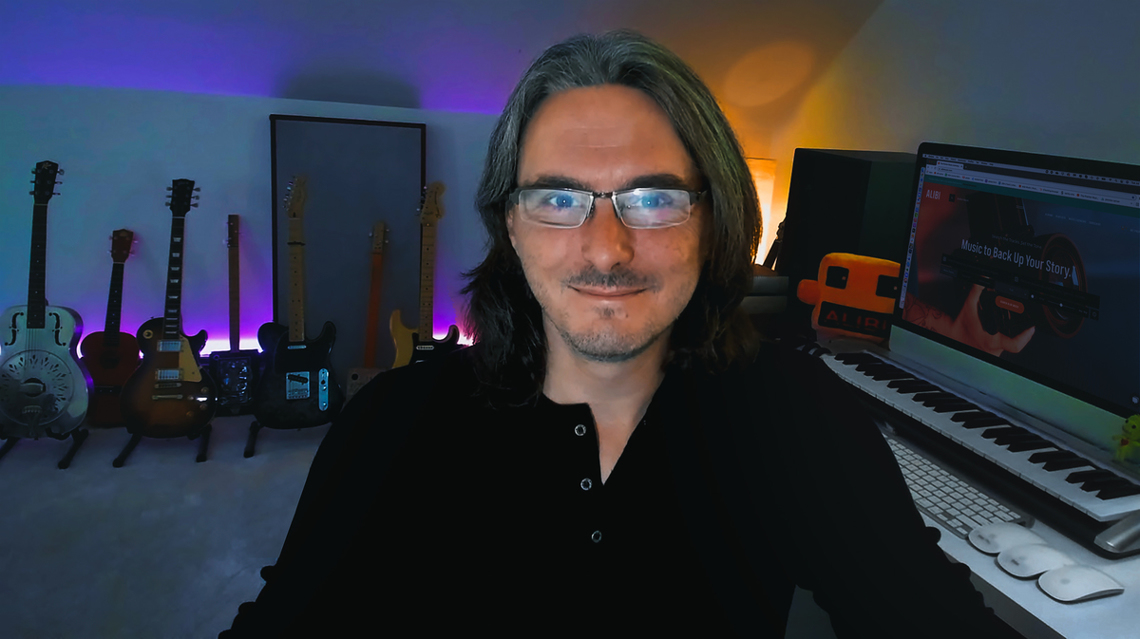 With 300,000+ professionally composed tracks, tons of alternate mixes, stems & cutdowns, and a robust set of tools to accelerate your search, ALIBI Music makes it easy to find, love, and license royalty free music to back up your story.

In an exclusive interview, we spoke with Executive Producer and Founder of ALIBI Music, Jonathan Parks, about celebrating 10 years in the business, as well as what led him to start his own music company and more.

PH: ALIBI Music recently celebrated 10 years in business (congrats!). How did it feel reaching this milestone?

Jonathan Parks: Honestly, it’s never really been about marking a specific interval of time, but rather more about keeping ALIBI focused on consistently building and improving our services to be a highly competitive solution of music for media. The milestones I prefer to count are improvement related: the catalog’s quality and expanding diversity; the overhaul of our internal systems management and integrations; the complete relaunch of our website; the debut of our Adobe Premiere Pro extension; the set-up of API music and data delivery; the growth of our amazing team in all aspects; and the honing of our in-house publishing abilities – all for the sake of being able to continuously provide the best possible music and support for everyone we work with.

PH: Why did you start your own production music company?

Jonathan Parks: I wanted to create a company that could continuously grow while still having the flexibility and agility to pivot. In other words, I wanted to provide the services of a small, independent company with the capabilities of our larger competitors and do it all without the red tape that would be a hindrance to our team. This is what allows us to provide world-class solutions to producers, editors and music supervisors of all scopes and in all aspects of film, television, advertising and everything else.

PH: What have you done to evolve or improve your library since you launched?

Jonathan Parks: ALIBI is continuously producing new music based on both trends in the market and requests from the client base. When it was just me in the beginning, my motto was “I hate being stumped” on any requests, so I was sure to put into production any requested music we didn’t have to keep it from happening the next time. Since our team has grown, that motto is now “Jonathan hates being stumped,” and we continue to produce new material for any ongoing requests.

Fortunately, being stumped is not a frequent issue today, as this attitude has helped us grow the catalog to cover nearly all bases. When it does come up, our production teams can provide new solutions at lightning speed.

There were also a few years I essentially disappeared into a data abyss as the catalog was growing so rapidly, and early on we released alternate mixes and stems for every track, which would mean up to over 400 audio files per album. Each of our audio files has over 260 columns of data for search and delivery needs. I was in the trenches battling with Excel sheets that would no longer open for countless hours as we implemented our sequel database to automate this process. This is just one of many incredibly intense technical hurdles that we have overcome to effectively organize internal operations and provide better solutions for users accessing our world-class collection of music – all, of course, while continuously honing in on the best sound quality and most useful styles and track structures.

The development of our new website and Premiere Pro extension have been our most recent and most public-facing of these hurdles. This involved effectively organizing an extensive number of audio files that are each individually meta tagged – including stems – so that the user is able to find anything and everything needed to sonically back up their story.

PH: How is ALIBI's production music used the most today (examples)?

Jonathan Parks: ALIBI’s music can be heard throughout the world in scripted and unscripted programming, television promos, film trailers, video games, video game trailers, national commercials, internet spots and corporate branding and YouTube videos. Additionally, consumers (fans that have heard ALIBI’s music on air and loved it) can listen to radio edits of our tracks on demand, as we released the catalog commercially on Spotify, Apple Music and all other DSPs throughout the world.

PH: What has been the biggest area of growth for your company and why?

We’re fortunately growing rapidly in every aspect, as the ALIBI brand has become synonymous with excellent music and service and we’re now being recognized as a top competitor of major publishers in our space.

PH: What advice do you have for someone using a production music library for the first time?

Jonathan Parks: Choose a catalog that has the people and the service available and communicate with them as partners. Solid client support is crucial, which is why our team is currently available for near-immediate response to requests from 5 a.m. to 9 p.m. Eastern. We exist to work together with music supervisors, producers, editors and everyone else, so we can ultimately help our clients produce the best creative possible. This, as anything, takes amazing cooperation and communication.

It also goes without saying that you should look for a catalog that has useful music (as music is so subjective, I never like using the word ‘best’), an effective search system to the highest level and, of course, stems and alt mixes. One of our alt mix options, for example, is Holiday mixes, which probably makes ALIBI the largest catalog of licensable Christmas music ever.

PH: Where do you see this part of the industry going in the next 10 years?

Jonathan Parks: With the ever-growing appetite for new programming, advertising, independent video creation and video games, as well as foreign markets producing more localized content, the opportunities are endless for music for multimedia.