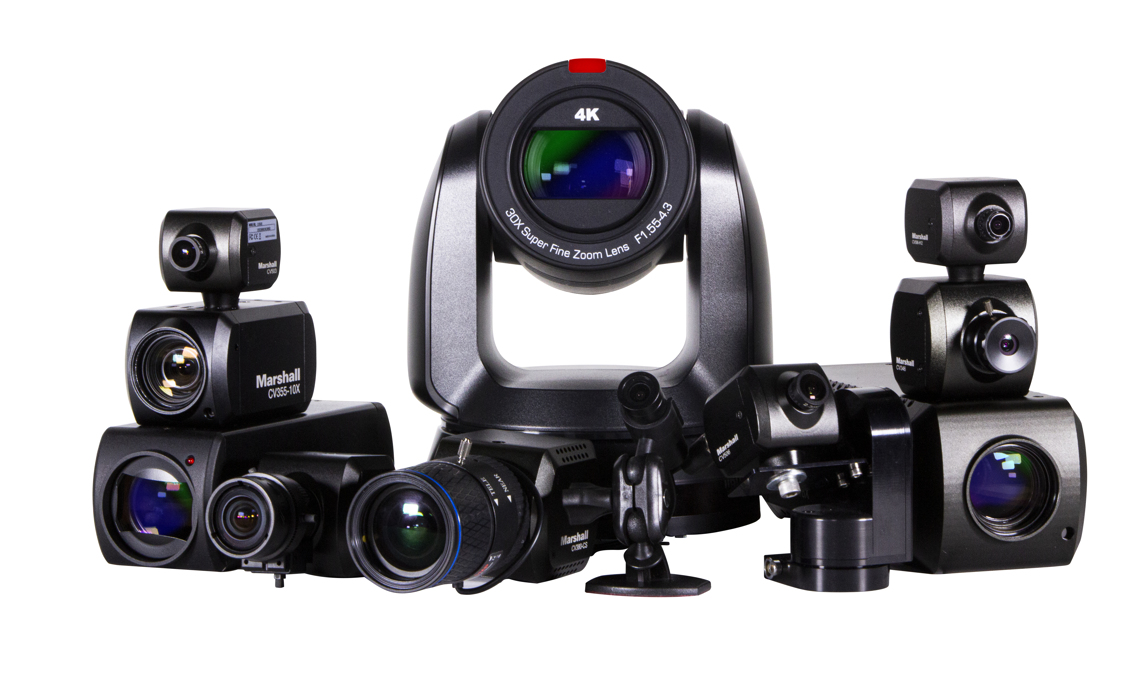 *By Tod Musgrave, Director of Cameras, Marshall Electronics * Camerawork combines creativity and technology in a way that sometimes makes it hard to be objective about gear. That has never been truer as when discussing lenses, with crews on big-budget dramas poring over reference monitors for hours evaluating waveform, vector scope and histograms. People using full-sized broadcast cameras have almost as many options, though the concerns tend to be more practical and less interpretive. That sort of choice, though, has not always been quite so available to miniature, point-of-view and special purpose cameras. It’s a subject complicated by the ultra-clear resolutions of modern digital cameras, demanding equally sharp lenses, as well as the inclination of certain directors to shoot in very challenging light conditions.

Miniature cameras with smaller image sensors should be more straight-forward as far as lens design, however, can be trickier to translate from big broadcast lenses. Telephoto lenses can be more compact, for instance, however methods of manipulation of the iris varies greatly. The minimum aperture of a lens is focal length divided by (roughly speaking) the diameter of the diaphragm built into the lens, so longer focal lengths need to be physically larger to achieve the same f-stop. A 50mm f/2 lens needs to be at least 25mm wide, and practically somewhat wider, no matter what. A 50mm lens, though, is a mid-range option on an APS-C or Super-35mm camera – but it looks very narrow on a small sensor. A practical varifocal lens with a similar perspective only needs to be about 16mm on a small POV camera to achieve a relative field-of-view, which equates to a 20-degree angle-of-view on a 1/2.5” sensor.

At the same time, modern technology allows for full cinema 4K resolution on a sensor that size. Lenses become more challenging simply because the sensor is so densely packed, at a mere width of 5.75mm for a 1/2.5” 4K sensor. A big DSLR sensor might be nearly five times wider and have the same resolution, and any tiny aberrations in the lens are magnified more on a smaller sensor than a larger one. The need for maximum sharpness might lead us away from variable focal length lenses which, for all their convenience, have more pieces of glass in them than fixed focal length primes. Broadcast TV work on full size cameras is overwhelmingly done with zooms, but for a goalmouth camera or view from a racing car it is often an easy choice to take the extra performance of a fixed focal length lens.

In that context, “extra performance” means more sharpness, lower f-stops, lower weight, smaller size, lower cost, or some combination of those things – sacrificing, of course, some flexibility. There isn’t a completely objective way to express the quality of images produced by a lens, though the image is generally sharper in the center than at the edge, where the angles between the glass surfaces and the sensor are most extreme. A smaller sensor might yield a sharper-looking image than a larger sensor – albeit with a narrower field of view – by using only the central area of the lens.

Taking a Look at Mounts

The interchangeable lens mounts that make all these choices possible include some engineering decisions, which are deeply embedded in cinema history. One classic design goes all the way back to the Bell and Howell Filmo 16mm camera of 1926. It’s a simple approach: a one-inch threaded hole designed to place the lens about 17.5mm from the sensor. It was called the C mount simply because it followed A and B. C mount has seen lenses of many types for many applications, and that long history does mean that not every lens described as C-mount is suitable for every C-mount camera. Particularly, the intended sensor size is a key part of a C-mount lens’s specification.

Anyone specifying miniature cameras might also encounter the CS mount, which is similar but places the 5mm lens closer to the sensor. That decision is analogous to lens mounts such as Sony E and Micro Four-Thirds, originally designed for still cameras. Putting the lens near the sensor simplifies lens design and allows for higher performance without other compromises. For even more compact designs, M12 lenses are around half the diameter, and while that reduced diameter inevitably has an effect on what they can do, it does mean that very compact cameras with interchangeable lenses are more possible than ever.

None of this means that interchangeable lenses for POV cameras need to become a complicated matter of opinion in the same way that lenses for film and dramatic capture can be. It does mean, though, that one camera can increasingly do different things on different days, and optimize for different situations, in a way that fixed glass just can’t match.