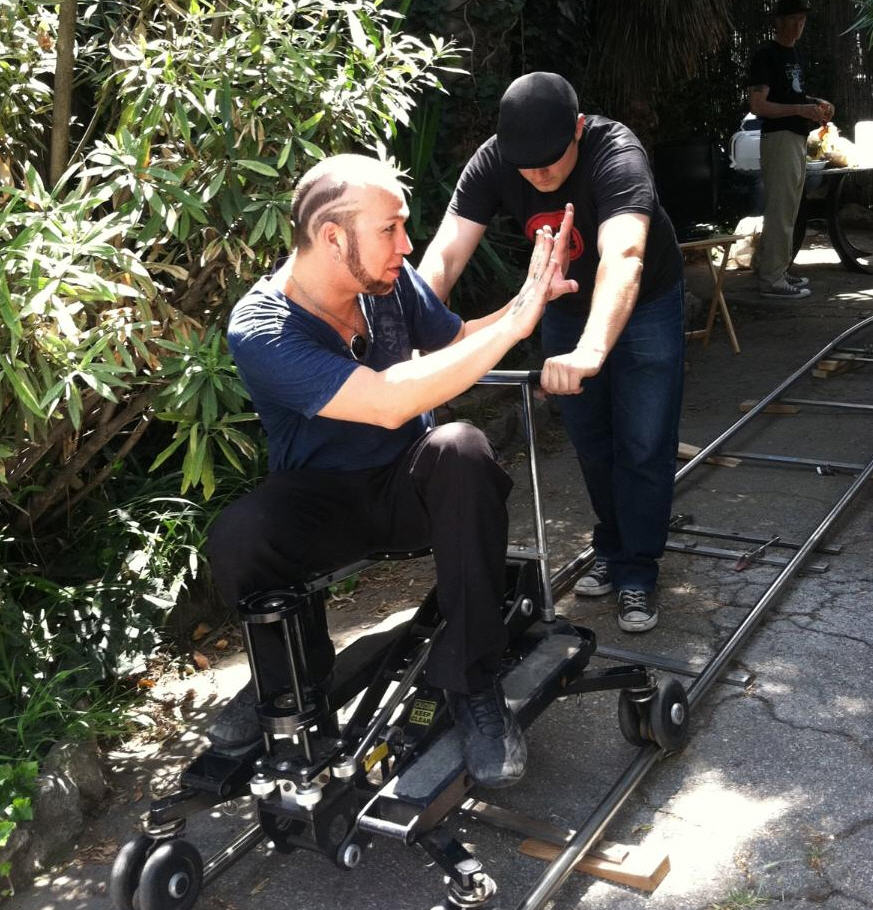 Like a fine wine that improves with age, Riz Story allowed his filmmaking skills to mature naturally as he focused on other artistic endeavors. Nearly ten years after his first film, “Goloka” - an experimental fusion of music and poetry – screened at the 2003 Dances with Films Festival, Story returns to the indie fest with his debut feature, “A Winter Rose.” This time, his work will kick off the 2014 festival as the opening night feature.

See Also: The Fresh Faces Behind "Halt And Catch Fire"

Story is no stranger to the lime-light. He’s been a fixture in the indie music scene for nearly twenty years. His love of music began at an early age when he quickly learned how to play every instrument he could get his hands on. He composed his first symphony at 13. The first major band he co-created with Taylor Hawkins (Foo Fighters, Alanis Morrisette) called Anyone won Best Band honors at the 1999 Los Angeles Music Awards. During the band’s rise in popularity and heavy touring schedule that included US and European dates, Story became increasingly involved in all levels of record producing, sound mixing and recording. A natural desire to create music videos followed, exposing Story to all components of production.

“As I was working on music videos, it felt natural to have a camera in my hand,” said Story. “Film making takes all that I love to do; mixing, playing, producing, story writing, and puts them into one piece.”

Exploring the human condition through intertwining music, poetry and cinematic imagery was appealing to Story. Although he used artistic expression to reflect the humanity he saw around him, he found himself drawn to sharing a story that would affect viewers in a positive way. The inspiration he needed came in meeting a young woman who had exceptional vocal range, was a gifted musician, and had no desire to share her talents with anyone.

“She is a gorgeous girl with an incredible eight octave range but had no confidence and shied away from attention and fame. She was the opposite from anyone I had ever met,” said Story. “I told her the gift of creativity was something she had to share, that she was robbing people of her contribution to a beautiful legacy of life.”

Brainstorming with actor/singer Robert Miano, Story refined the tale of a reluctant singer into “A Winter Rose” that follows the relationship of a dying icon (Theressa Russell) and her manager husband (Paul Sorvino) who discover a gifted orphan and help her find the confidence she needs to share her musical gifts with the world. Intended as a vehicle to highlight his muse, Story was not surprised when she refused to participate. After reviewing over 2,500 submissions, actress Kimberly Whalen was selected to portray Winter Rose.

Story found a strong support group with co-producers Miano and Gary A. Kauffmann, and Vassal Benford, Jane Gehr and J.D.Parson jumped on as executive producers. Production began with a budget of $10,000 that was quickly exhausted, leaving Story to negotiate for additional funds as well as find ways to cut cost. All actors enthusiastically worked for lower wages. In looking at the script, Story realized utilizing found locations for the first portion of Winter’s rags to riches tale would enable him to invest dollars on the museums, concert halls and higher end locations. In addition to all principle photography, Story also shot aerial footage. The backers were excited with Story’s handling of the material and the twenty-four day shooting schedule (including days for pick-ups and second unit photography) was successfully completed.

To ensure there was enough funds for colorist John Sellars (Blair Witch Project, Dirt! The Movie) and visual effects/green screen wizard Christian Cunningham (The Lord of the Rings: The Two Towers, Watchman), Story convinced the producers he had the skills to complete the edits and mixes of the film. Although Story had been looking forward to the collaborative process of a team that would assist in refining the story, he enjoyed some unexpected creative insights that can save time on future productions.

“There were artistic advantages I discovered, for example, sound cues that are used in editing can be brought into the shooting process. If you know the sound cue in advance, you can plan ahead in your shooting, but you would need that sound cue in your head like a radio play,” said Story.

Wanting to ensure he had the best cut of the film possible, Story set up focus groups to get feedback and constructive comments, ultimately conducted four early viewings. He also received advice and encouragement from veteran producers in the field including Patrick Palmer (Moonstruck, Hellboy) whose guidance helped Story trim twenty minutes out of the final film.

Nearly two years after writing “A Winter Rose,” Story is excited to present the film at a festival that fosters and nurtures independent film makers. While the film provided plenty of struggles and learning opportunities along the way, what Story is most grateful for is the support he received from everyone involved.

“I wanted to tell a timeless tale of people doing everything they can for others. For me the highest honor is affecting people in a positive way,” said Story. “I’m most proud of the actors and all the professionals who chose to work with me, help me, and honor me with their presence.”