Surviving the mission to Mars in Netflix’s Stowaway 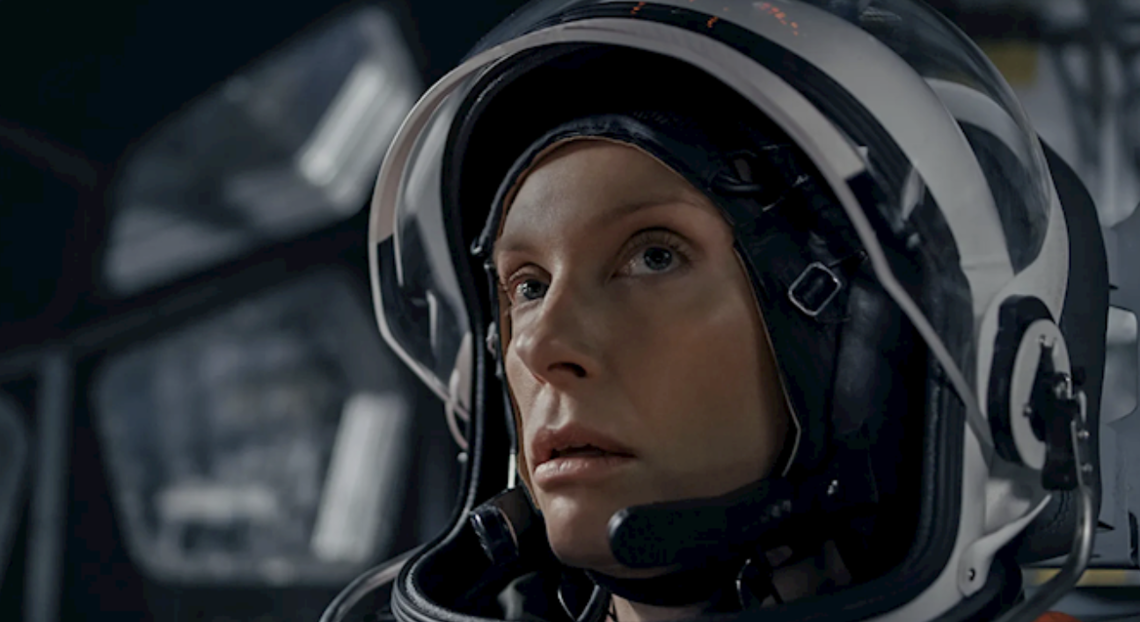 The film’s co-writer and editor, Ryan Morrison, relied on Adobe Premiere Pro, After Effects, and Photoshop while editing remotely. We asked Ryan about his favorite scenes to write and cut together, how Productions in Premiere Pro allowed his team to work more efficiently, and his advice for aspiring filmmakers. Ryan has been editing on Premiere Pro since his days as a YouTube creator and we were excited to hear about his experience as he transitioned into feature filmmaking, first with Arctic and now with Stowaway.”

HOW AND WHERE DID YOU FIRST LEARN TO EDIT? I first learned to edit pretty late in the game. I was taking some basic production courses in college. It was great to learn the basics there, but I did most of my learning from trial and error. Shooting and editing my own projects for fun.

HOW DO YOU BEGIN A PROJECT/SET UP YOUR WORKSPACE? I’m often editing on set, so my setup and workspace are usually dictated by the location. For Arctic, I brought the bare essentials into the snow with me and assembled much of the film from a cold trailer in the middle of the Icelandic wilderness. For Stowaway, I had the great fortune of setting up my suite in an office only a few steps from the stage. At some points my desk was literally in the soundstage next to the set pieces.

TELL US ABOUT A FAVORITE SCENE OR MOMENT FROM THIS PROJECT AND WHY IT STANDS OUT TO YOU. My favorite scene is the launch at the very beginning. It was the first thing [director and co-writer] Joe [Penna] and I wrote and didn’t change very much from that first draft all the way through the final edit. We both had such a clear picture of what that should look, sound and feel like right from the beginning. It was so much fun seeing every layer being added. Words on the page, to previsualization, to production, the cut, sound design, music, VFX, then color. The final product was better than we imagined.

WHAT WERE SOME SPECIFIC POST-PRODUCTION CHALLENGES YOU FACED THAT WERE UNIQUE TO YOUR PROJECT? HOW DID YOU GO ABOUT SOLVING THEM? The pandemic hit while we were in the middle of post. Joe and I were in LA and were not allowed to travel to Europe at the time.

We ended up coming up with a workflow where Joe and I were in LA and could remotely monitor the colorist and DP who were in Germany. We used calibrated iPad Pro’s to ensure uniform color representation. Then we managed to review some exports at a local color house.

WHAT ADOBE TOOLS DID YOU USE ON THIS PROJECT AND WHY DID YOU ORIGINALLY CHOOSE THEM? WHY WERE THEY THE BEST CHOICE FOR THIS PROJECT? I relied heavily on Premiere Pro, After Effects and Photoshop. Productions in Premiere Pro offered us a platform for a very efficient workflow involving multiple users. After Effects integrates seamlessly with Premiere Pro and it was critical for me to be able to mockup effects in order to feel the truest rhythm of a scene. Photoshop was an essential tool for Joe and I to mockup and communicate complex visual concepts to our VFX team.

WHAT DO YOU LIKE ABOUT PREMIERE PRO, AND/OR ANY OF THE OTHER TOOLS YOU USED? I love that all of the Adobe products I use are constantly evolving. Most NLEs serve the same basic functions, but Premiere Pro stands out to me because Adobe is always listening to the users. Every project has different needs and problems. In the years I’ve been editing professionally, I’ve had a laundry list of features that were at one time wishes and now are part of my daily workflow.

WHAT’S YOUR HIDDEN GEM/FAVORITE WORKFLOW HACK IN ADOBE CREATIVE CLOUD? Productions in Premiere Pro was an absolute gamechanger. It allowed myself and my assistant to be able to work simultaneously without fear of overwriting or undoing anyone’s progress. It also eliminated wait times on opening large projects.

WHO IS YOUR CREATIVE INSPIRATION AND WHY? It might seem a bit odd, but my creativity is heavily influenced by a phrase my dad would always say to me when I was growing up: “Use the right tool for the job.” Looking at things that way makes me take a step back from whatever I’m working on (writing, shooting, editing) and remember to ask myself “what are you trying to achieve?” In my YouTube days, frenetic editing was the right tool for an off-the-wall MysteryGuitarMan video. For Arctic, the right tool was stark, slow shots to feel isolated. For Stowaway, it’s focusing on tension, both externally and internally. That phrase has really shaped me as a filmmaker.

WHAT’S THE TOUGHEST THING YOU’VE HAD TO FACE IN YOUR CAREER AND HOW DID YOU OVERCOME IT? WHAT ADVICE DO YOU HAVE FOR ASPIRING FILMMAKERS OR CONTENT CREATORS? The toughest challenge I’ve ever faced in my career was when our YouTube channel was no longer sustainable for Joe and I to make a living. We were left with a choice to go get stable jobs in advertising or we could go all in and take one big swing at jumping into the big league with a feature film. The film was Arctic.

People often ask what advice I would give to aspiring content creators. I would tell them to start making things. If you’re already making things, then keep making them. Make them with friends. I think it’s better to look back and have an assortment of small projects that each carried a lesson with them, then to have a handful of great ideas that only live in your mind.

Stowaway is streaming on Netflix today.

It’s All In the Mix: Getting Your Sound Right

The Future of Production Services: What to Consider When Hiring Crew in 2022

6 Traits to Look For When Hiring a Video Producer

How to Build Effective Client Relationships In The Video Production Industry