The Power Of Editing On Display At EditFest LA 2016 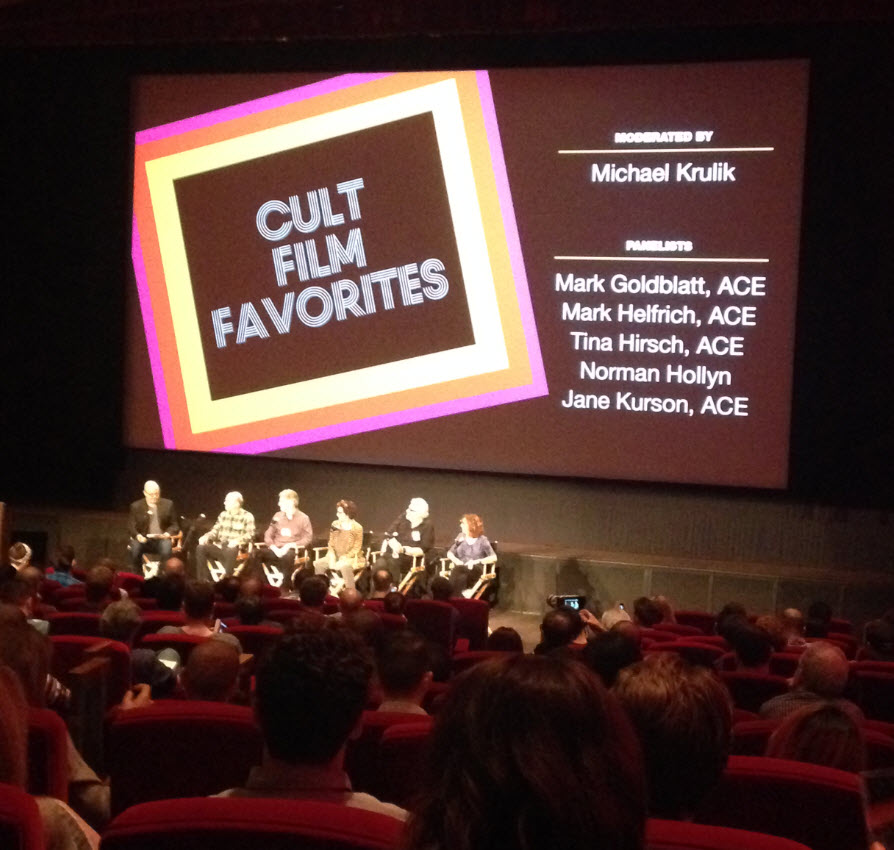 The power of cinema editors in shaping stories told on screen was an overarching theme of EditFest LA 2016.  The annual conference of TV and Film editors presented by American Cinema Editors (ACE) was held on the Walt Disney Studios Lot. Another important theme was the power of footage in shaping itself. “The film wants to be what it is,” said editor John Axelrad (Rudderless; The Lost City of Z) during “Cutting it in Hollywood,” a panel featuring veteran editors describing their experiences in the cutting room. “It’s often times different from what is shot.” Each panel member presented a clip that showcased the importance they, as editors, had in shaping wayward footage into a story - in Axelrad’s words, “pulling the editorial rabbit out of the hat.”

Axelrad’s clip, from the Joaquin Phoenix-starring Two Lovers, illustrated the power editing had in reformatting a story line after test screenings played poorly.   Working collaboratively with writer/director James Gray, Axelrad reassembled time, place and dialogue to modify a character’s self-serving actions, making him appear caring and likable. Zene Baker’s frat party sabotage scene from the comedy Neighbors also provided an example of how editors create order out of cinematographic chaos. In a five minute sequence that took “two solid weeks” to edit, glow-in-the-dark body paint applied to actors Seth Rogen and Rose Byrne was digitally removed to enhance the scene’s storyline. The alteration allowed Baker to heighten the tension of the scene by building out four separate character storylines that were greatly enhances by rhythmically editing to the score.

Though the topic the of the second panel featuring editors Norman Hollyn (Heathers), Mark Helfrich (Showgirls), Jane Kurson (Beetlejuice), Mark Goldblatt (The Terminator), and Tina Hirsch (Death Race 2000) was editing “Cult Film Classics”, the panelists had different definitions of what a “cult film” is.  Hollyn felt “Heathers” fell into cult status because it didn’t fit neatly into a genre beyond the producer’s definition: “the anti-John Hughes movie.”

“We didn’t go into it thinking ‘This is a cult film,” Hollyn said, who was attracted to the project’s sharp script. “The fact that it turned into a cult film later was just a bonus.” In light of the success of The Terminator, the term “cult film” meant something different to editor Mark Goldblatt. “The footage spoke to me, and really was cutting itself,” he said of the film’s iconic slo-mo discotech confrontation. However, the magnetism of the footage was not enough to make Goldblatt, or any other member of the production team, aware of the film’s future impact. “Nobody realized that we were making a movie that would become a modern classic,” Goldblatt said. “That’s what makes it a cult film … it hit a mass chord on an international level of consciousness.”

An editor’s career arc can be much more than the sum of their surprise hits. “I kind of extract characteristics and elements from everyone I’ve worked with,” said music editor and film editor Michael Tronick, whose multimodal editing career allowed him to work with diverse luminaries including Hal Ashby, Mick Jagger, Bob Fosse and Ice Cube. Tronick’s prolific career was the subject of a third panel moderated by writer Bobbie O’Steen. His began his career as a music editor, working on All That Jazz and Star 80. After stepping in to edit Beverly Hills Cop II, he described experiencing a real “aha moment.”

“I said, ‘It looks like a movie!’” explained Tronick.

Never looked back, Tronick edited acclaimed films including Scent of a Woman and Mr. and Mrs. Smith. “It was great fun,” Tronick said of the experience of editing the latter film, for which he was permitted to walk one of the sets in order to better understand a highly choreographed fight scene between the husband and wife assassins - a rare opportunity for an editor. Tronick also shared experiences he had working collaboratively with editor Billy Fox on Straight Outta Compton, an experience that exposed him to the lyricism of gangsta rap. “You can’t cut the lyrics of a (rap song) like you can in other popular music,” said Tronick.  “Every word is needed to tell the story.”

The innovative work of fellow editors is another important source of sparking editors’ creativity and the focus of the day’s final panel.  Hollyn returned to the stage to present “The Lean Forward Moment,” along with editors Jeffrey Ford (The Avengers; Captain America: Winter Soldier), Kim Roberts (The Hunting Ground; Waiting for ‘Superman’; Food, Inc.), Kevin Tent (The Descendants; Nebraska) and Susan Vaill (Grey’s Anatomy; Army Wives).  Each editor presented one of their favorite clips and explained why it was inspirational.

While Kent chose to share an elaborate musical number from All That Jazz, Vaill chose a scene from Chariots of Fire that was less ostentatious, but no less innovative, as it was edited to emphasize the buildup to a 100-meter dash rather than the race itself. “As an editor,” Vaill said of the clip, “I love the bizarre rhythms.”   The day wrapped when the panelist described how to best break the “rules” of editing.

“There are no rules,” said Tent.  “I think you have to do whatever you need or want to do to make your scenes work.”

To learn more about the ASC, please visit: https://americancinemaeditors.org/