The Soul Of Any Setting: The Work Of The Set Decorator 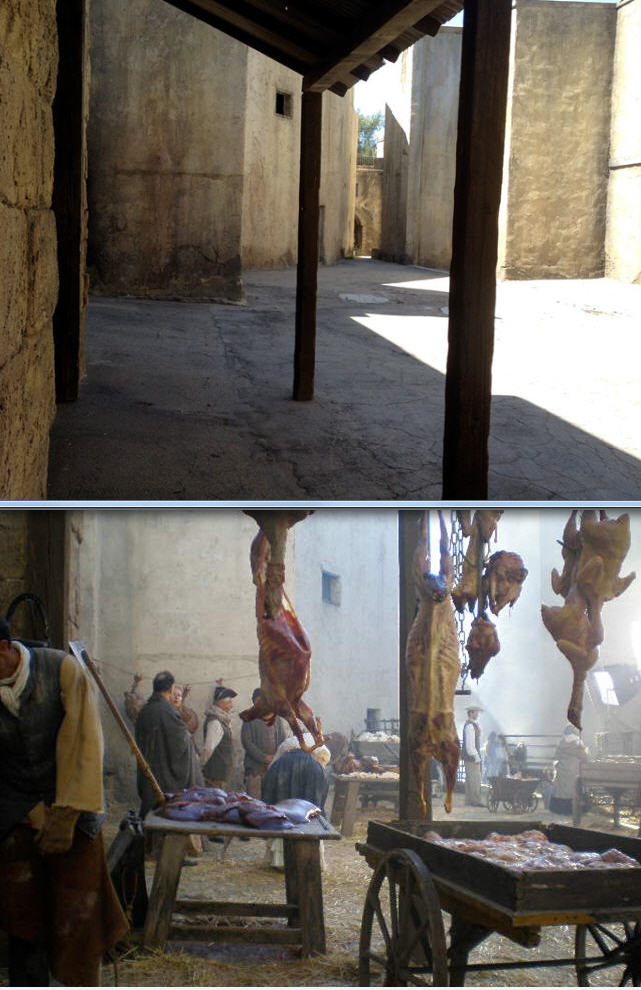 When it comes to a film or television production, the term “it takes a village” is an understatement at best. Even the actors, seen performing on camera with other actors, have a team that prepares them to conduct their performance, including acting and dialect coaches, stunt coordinators, technical advisors, personal assistants and others that contribute to each actor’s ability to embody a specific character. In fact, every department on a set has a number of professionals who contribute very specific and crucial functions, whether it’s laying down dolly tracks, placing lenses on cameras, or defining the personality of a setting.

Crucial to the overall look of a film is the art department. Many people are familiar with two members of this team: the production designer and the art director, although the terminology is often confused. The production designer collaborates closely with the director and cinematographer in the earliest stages of pre-production to determine the visual style, elements, and overall aesthetic of the project. They also closely collaborate with all other department heads (such as the costume designer, hair and makeup) throughout all stages of production. The title “Production Designer” was first coined for the credits of “Gone with the Wind” when producer David O. Selznick wanted to provide his art department head, William Cameron Menzies, with a term more fitting to his extensive duties which ranged from story boarding to directing scenes. The terminology still continues to confuse many people; however the art director is still a valid and important part of a production. This individual is the person in charge of implementing the overall visual appearance of a production. They carry out designing and set construction and supervise many art department staffers including model artists, computer designers, graphic designers, carpenters and other artisans. The art director also deals with the budgetary accounting for stage work and location construction and alterations.

The Set Decoration department provides the character, atmosphere and details of a set. If the production designer and the art director are in charge of creating a “house”, the set decorator collaborates with the art department to make a “house” a “home.” The set decorator is responsible for determining the set dressing that completes ANY location, be it a country cottage, a motorcycle rally, or an operating room.

“My biggest challenge as a set decorator was filling a full sized empty grocery store. We were at a practical location that had absolutely no product. There were a few hundred feet of existing glass refrigerators and meat counters. Because of the sound of the motors, we had to have empty containers of dairy and frozen food products. We had set dressers manufacturing fake meat, and vacuum packaging was filled and restocked for freshness as we shot. We made endless truck runs to Costco and the 99 Cent Stores for what we couldn’t get in product placement items.” – SE

Set dressing material includes all objects that add personality to a set. A set decorator will find all material needed for the set. Set dressers will then pick up all approved material and place these items on the sets, under the direction of the set decorator.

“The biggest challenge as a set decorator would have to be turning the Grand Hotel’s 400-ft. lobby from 1980 to 1912 in one day. We were supposed to have four evenings to transform this location before we began filming. Something went wrong (to this day, I still don’t know what). I was told at 6:30a.m. they wanted to film the lobby the next morning. We had not even begun the change-over! After a brief discussion with the producer, I climbed on my bike, gathered my crew and went as fast as I could to collect the 1912 furniture from our warehouse. The transformation included replacing furniture, covering all the red geranium carpeting with oriental rugs, replacing window treatments and several chandeliers. After our crew worked 28 hours straight, the actor entered the Grand Hotel through the elevator doors into 1912.” –MAB

A seasoned set decorator can walk into a location and know, from the construction of a building, the type of bannisters on a staircase railing, the floorboards and paint, what period and style the location is meant to be. However, in settings such as a person’s home, one must fully understand the personality of the character and mirror the character’s traits in the material they obtain.

“I worked on a project where we had to produce a carnival. Part of the plot involved a Gravitron ride. The plan was to go back to the stage and get the shots needed to sell the action sequence inside the Gravitron ride; from the production standpoint there was the issue of safety for the talent in this ride. We opted to purchase several sets of seats for the interior of the Gravitron that we could use for the stunt. On the day of shooting the entrances/exits to the ride, talent and stuntmen decided to see if they could actually get the shots needed in the actual operating Gravitron ride. (They) succeeded - which saved production a half day of shooting back on stage. Great! Now what to do with a wall of Gravitron seats in a warehouse? “Sell them on Craigslist” was the directive from the producers.” – WM

The set decorator will know the best resources, including prop houses, furniture warehouses, vintage and antique shops and contemporary stores where they can obtain the perfect pieces that fall into the department’s budget.

“The director told us that the old Ohio mansion was the boyhood home of the fictitious President. The couple had raised their family there before moving to the White House. Upon her husband’s death the First Lady moved back to the family home. My instinct was to use family portraits throughout, mostly the male ancestors of the late President, old pieces of Ohio furniture, regional art to reinforce the locale and trappings of an office to show that this was the ‘summer White House’ of the President of the United States. After giving the female lead a tour of the house, she was asked ‘Whose house do you think it is?’ She answered, ‘My house, of course.’ This was Wednesday; we were scheduled to start shooting Monday. Needless to say, I had a mad scramble over the weekend to bring some of the wife’s family aesthetic into what had been designed pretty specifically as her husband’s family house. I changed several key paintings, lightened some upholstery, added some different art and porcelains and generally made the house reflect more of her family roots.” LR

In addition to knowing where to find the perfect pieces for any location or circumstance, set decorators also have to think on their feet. Changes come at the last minute very frequently, and keeping a calm head in the most challenging of situations is crucial.

Sometimes the fix can come in a small detail:

“The assistant art director and I did a 36-hour day smack in the middle of the week. The wagon rolls in with the front door and living room windows. The custom living room drapes, which had ridden on the wagon for several seasons, are now gone. A full search turnss up nothing. It is Thursday morning and we shoot Friday night. A call to a drapery department at CBS TV City at 6:00am got me the information about the pattern name and manufacturer, but the fabric had long been discontinued and a search of the manufacturer’s warehouse would take a couple of weeks. I get a set still close up of the drapes, purchase muslin and get it to a great scenic artist. He worked all night. By Friday morning we had a really good replica of the original drapes.” - BW

Other times, the problem solving requires every detail:

“I was working on a popular sketch comedy show. It was tape day, so our audience would be loading in at approximately 5:00pm. My sets were ready to go for the final walkthrough at approximately 11:00am. I went down to the stages and the Executive Producer/Writer/Actor watched the other actors run their lines in the schoolroom set. After the scene, the EP decided the same sketch would be funnier if it was in a ‘Hard Rock Café’ type bar. In four hours. Being resourceful, I had my crew striking the set while I called all the appropriate prop houses, including one specializing in neon, to pull what I needed. Then my crew went to load everything. I got the set done in the nick of time, with approved collateral damage to the budget.” – EK

While the creative skills of a set decorator are paramount to their job, a talented set decorator has interpersonal skills that enable them to overcome the annoyances of receiving unrealistic descriptions:

“The producers and writers had been going over the script and scratching their heads, trying to make the script more interesting. One of them casually requested, ‘Can you find us a funnier couch?’ Thirty some couches later, they finally selected one of the first options I had brought in.” – HS

As well as sweet talk their way around frequently stingy budgets:

“The script called for a mansion of a very rich politician. We found the empty location with our hero room at thirty-five feet by fifty feet. After building two ten-foot sofas as a start to fill the room, I tracked down a very large rug. I found the perfect silver silk rug, eighteen feet by thirty feet, and justifiably expensive. The well intentioned producer with the very kind heart freaked and told me to go to Ikea to buy four smaller rugs and carpet-tape them together. Rather than mortifying both of us on shoot day, I sell my soul to the vendor for a discount.” - RS

When you watch your favorite film or television show, remember: it is the work of the talented set decorators and their crew who provide the personality and heart of a location by the many objects that define it. Just don’t confuse them with the property professionals who are responsible for the items that actors hold in their hands, or keep on their person!