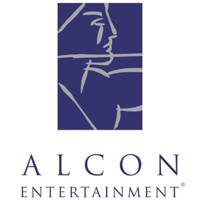 The Company was born out of a business plan written by co-founders and co-CEOs Broderick Johnson and Andrew Kosove for FEDEX Founder, Chairman and CEO Frederick W. Smith, who ultimately personally financed the Company, which was officially incorporated, 20 years ago, in January of 1997.

To this day, that plan's fundamental concept remains the core principal of Alcon's business philosophy in that the Company integrates the optimal creative incentives and fiscal accountability of independent filmmaking with the principal assets of a major studio alliance.

Alcon is an independent film company in the truest sense given that the Company secures its financial resources independently, thus enabling it to focus on and produce economical, cost-effective content, while offering filmmakers and creative talent a streamlined, non-bureaucratic environment in which to work. Early in its history, Alcon established a long-term distribution arrangement with Warner Bros. Under the terms of the deal, Warner Bros distributes the films Alcon finances and produces while the two companies work closely in the marketing of the films.

Alcon offers the considerable advantages of a truly "independent" film environment while concurrently capitalizing on Warner's powerful, worldwide marketing and distribution pipeline. This dynamic combination has allowed Alcon to consistently minimize costs, remain nimble, streamlined, and "filmmaker friendly," while at the same time maximizing each of its films' revenues through Warner Brothers' distribution mechanism. Most crucially, Alcon Entertainment determines its own destiny by retaining copyright ownership of the films it finances/produces.

Today, Alcon Entertainment is one of the most enduring, well-respected independent film companies in the world. It controls a 34-title library and has generated over $2 billion in revenues. The list of successful films the Company has financed, and/or produced span multiple genres from family classics such as My Dog Skip and the Dolphin Tale franchise to thrillers such as Insomnia (director Christopher Nolan's first studio distributed film), starring Robin Williams and Al Pacino, and The Book of Eli, starring Denzel Washington and Gary Oldman, to dramas such as the Academy Award nominated The Blind Side, which is the highest grossing sports-themed film in history and for which Sandra Bullock won her Best Actress Oscar.

Alcon has expanded beyond its core activities of film finance and production into the related businesses of television, talent management and music. Laura Lancaster is President of Alcon Television. Alcon Television Group's wholly owned hit series The Expanse, a critically acclaimed space thriller for Amazon Prime, has completed 4 seasons and is currently in production on a 5th season. In 2015, Alcon partnered with HBO and Alex Gibney to produce, Sinatra: All Or Nothing At All, an intimate documentary portrait of the singer, actor, father, husband, and philanthropist thatattracted more viewers for HBO from the 50+ age bracket than ever before.

Most recently, ATG's current projects include the animated children's series Pete the Cat based on the best-selling books, a co-production currently in development with Amazon Studios to be broadcast on Amazon. Additionally, ATG co-produced the critically acclaimed, Grammy winning HBO four-part documentary, The Defiant Ones, chronicling the divergent roots and unlikely partnership of Dr. Dre and Jimmy Iovine. Each episode features in-depth interviews with its subjects as well as with Bono, Eminem, Nas, Ice Cube, Gwen Stefani, Snoop Dogg, Trent Reznor and others.

AIG will base their initial ventures on the upcoming Blade Runner 2049 film. The first of which is a partnership with leading virtual reality company Oculus where they will create and distribute virtual reality experiences (VRE).

For those interested in Greek mythology, Alcon was a companion of Hercules and an archer who never missed his target. Johnson and Kosove decided on the name for Alcon Entertainment while perusing a book entitled "Obscure Greek Heroes."
Address
10390 Santa Monica Blvd., Ste. 250
Los Angeles, California 90025
Website
http://www.alconent.com
Phone Numbers
(310) 789-3040 main
(310) 789-3060 fax

Alcon Entertainment can be found in the following category: