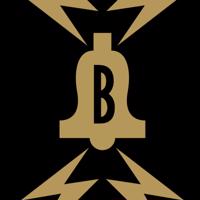 Many clients are excited to discover that Bell Sound can shoot their video, edit the footage, provide color-correction and motion graphics, dialogue edit, create the sound design, record and mix the soundtrack, build the artwork label, and produce their deliverables. The engineers at Bell Sound welcome any audio or video project.

The founder of Bell Sound Studios, Bill Bell, was considered to be an inspirational genius in the voice-over community. The stars of voice-over in the 1960s and 70s trusted Bill for their production. When he opened the studio doors in 1965, Burgess Meredith, Orson Welles, Gary Owens, Jack Angel, John Erwin, Joanie Gerber, Mel Blanc, and John Huston were all fixtures of Bell Sound. Bill was also a creative force in commercial radio production. His engineers were put to the test as they tried to keep up with his demanding creative ideas.

Bell Sound has not lost sight of its roots in the 21st century. Dedicated engineers with an emphasis on creativity and cutting edge technology continue to keep Bell Sound Studios at the forefront of the industry’s needs and demands. As Bell Sound Studios strives to break new ground, they never forget that the client’s needs come first.

Bell Sound Studios can be found in the following categories: