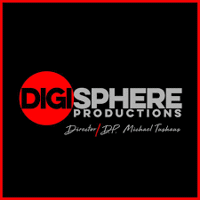 Based in Las Vegas, Michael has been making films and videos for over 30 years as a director, cinematographer/videographer, editor and composer. His work as a director, producer, editor and composer has garnered him 5 Emmys® and 17 Emmy® nominations from 2014-2019 for multiple commercial campaigns he has filmed and directed in the Heartland and Pacific Southwest Regional NATAS Chapter regions.

He has also garnered dozens of film festival awards and nominations for his work on feature-length and short films including nods for Best Director, Best Cinematography, Best Film, Best Sound Design, and Overall Excellence awards for his films.

Michael has worked with most digital cinema cameras on the market today—RED, ARRI, Sony, Panasonic and so forth. He has been Director / Director of Photography / and/or Editor for a variety of feature films, music videos, short films, commercials, brand films, web series and action films varying in styles of action, horror, suspense, psychological drama, sci-fi, comic book, comedy and documentaries.

Digisphere Productions can be found in the following categories: