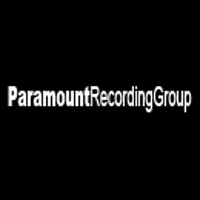 Paramount Recording Studios was built in the late 1960’s by the Brolin family. Encouraged by his brother, the well-known actor James Brolin, Brian Brolin opened the studio after gaining some renown of his own from his recording work with his former classmate Ritchie Valens. The Paramount Building was the original site of the famous “Bic Click” pen manufacturing plant, and next door was the original SIR Rehearsal and Rental location that got its start during a Jimi Hendrix session that was booked at Paramount. At the time James Brolin was under contract to Paramount Pictures and he named the new studio after his employer as a way of poking fun at such a large corporation.
The studio gained momentum with the mid-70’s construction of the now famous Studio C, a classic Hidley-designed control room with a very spacious tracking room consisting of multiple rock, parquet wood, and glass surfaces, along with a 20-foot ceiling. Notably, the finish carpenter was James’ young friend, then unknown actor Harrison Ford. Job well done! One of the first runners that were hired was another young actor pal of James’ named Edward James Olmos. He was also instrumental in making Paramount one of the busiest television music facilities at the time as hit TV series such as Happy Days, Benson, the Osmond Brothers Show, and the Partridge Family all recorded live session dates in Studio C for their shows.

In that decade, Brian engineered for Jimi Hendrix, Led Zeppelin, Aerosmith, Bob Dylan, and individually with each of the Beatles. Motown had moved west around that time and so legends like Diana Ross, Smokey Robinson, and Marvin Gaye graced the halls. The Jackson 5 recorded ABC 1, 2, 3 at Paramount. Sly and the Family Stone, Frank Zappa, and Johnny Guitar Watson each recorded multiple gold and platinum records at the facility. Albums were recorded and mixed over much longer periods and thus many of these folks practically lived at Paramount.

The 80’s rolled around and the studios were visited by the likes of the Talking Heads, the Go-Go’s, Devo, the Police, the B-52’s, N.W.A., Kurtis Blow, Club Nouveau, Guns and Roses, the Bangles, and the Black Crowes. Upgrades continued in all rooms as Amek, Harrison, and Soundcraft consoles were upgraded to Neve and SSL. 24-track tape machines were upgraded from Ampex, Stevens, and 3M to top-of-the-line Studer 820’s and 827’s.

In rolled the 90’s with a wide mix of styles: grunge, new-jack swing, and hardcore rap along with traditional R&B, pop, and rock in various hybrids. In those days, we worked with many clients including Sugar Ray, Ice Cube, Los Lobos, Boyz II Men, Montel Jordan, Sheryl Crow, Brandy, the Cult, Tupac, Backstreet Boys, Ice T, Macy Gray, House of Pain, and Celine Dion. In a lot of ways this decade was the last hurrah (hopefully short-lived) of a music industry in which the artists still ruled—until the Napster-led file-sharing era began toward the end of the decade. The studio kept up with the changing times with the addition of the exotic Focusrite console in Studio C (later upgraded to the SSL 9000J) and the newly developed Pro Tools Mix systems that we installed in all rooms, though to this day the Paramount Group maintains analog Studer 2” and 1/2” tape machines in every single one of our studios.

Now, we are in the new millennium along with all the technological and music business model adaptation that arrived with it. Budgets are tighter, and the recording industry has contracted, but our studios have thrived with the proper mix of ingredients: a level of technical, engineering and support staff unmatched in the new era; classy, comfortable (but not over-the-top) creative spaces, surroundings, and amenities; and, not least, experienced leadership assuring the continuity of these ingredients and engendering client loyalty rarely seen anymore.

It is an era dominated by producers: they have a larger share of power, budgets and artist development. Technology has advanced apace, but the busy studios of the Paramount Group are proof that the age-old tradition of live recording and overdubbing, mixing and mastering in the shrinking number of world-class commercial studios is still the preferred route of industry professionals.
Address
6245 Santa Monica Blvd.
Hollywood, California 90038
Website
http://www.paramountrecording.com
Phone Numbers
(323) 465-4000 main
(323) 469-1905 fax

Paramount Recording Studios can be found in the following category: