Producers Air Force rents, sells, and full sized reproductions of jet fighter aircraft. Mock-ups are designed and deployed for use in the motion picture and television industries along with still photography shoots, commercials, and special events.
All jet fighter mock-ups have functioning cockpits and most have at least 25 feet
of exteriors.

These jet fighter mock-up aircraft are not studio made “bucks”. They were all meticulously constructed by a group of aviation mock-up engineers and builders from the Burbank Lockheed Corporation.

Working nights and weekends the Lockheed group made these full-scale models
of military aircraft with the same precision as the originals mock-ups made for the government. The engineers and builders worked hard to make sure that the aircraft on the big screen are an accurate representation of the jet fighters that you see
flying today.

The interior cockpit panels display many of the real instruments that are standard equipment in the present day jet fighters used by the Air Force, Navy, and Marines. All mock-ups are wired and made active by an electronics expert from the group. 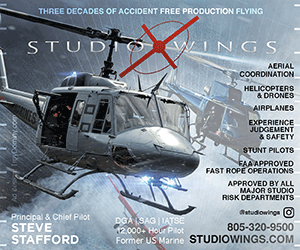 Producers Air Force can be found in the following categories:

See a problem with this listing? Let us know and we'll correct it.