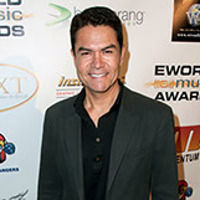 I see my job as a joy and privilege to collaborate with such talented actors, writers, and directors who trust, who welcome my expertise, and who also allow me to be on the sidelines for my actors on set; and thus helping achieve the correct "regional-Mexican" accent when its needed as an essential part of the entire project.

- Working one-on-one with actors:
Through the magic of improvisation, you and I build the character together, or if bring some freshness or twist to one you've already created. I do work on other Spanish accents, but I specialize in the most remarkable regional Mexican ones; Northern, Mexico City's, South-Eastern, and Western.

- Helping Writers: In order to give the script the correct character's idiosyncrasy, I help professional/non-Mexican writers achieve the Mexican (or Latino) character, or in some instances Mexican-American writers who are not proficient in the Mexican Spanish language, and don't take my work as a correction, but as a collaboration for a better end result.

- When the Dialogue is written or needs to be translated into Spanish:
I personally do the translation, then work with my actors on their character as accent is added to the dialogue until the actor sounds like a genuine Mexican, or like a character who has been influenced by the Mexican culture accordingly. The job and dedication depend on how fluent the actor is in Spanish.

-English dialogue: Through the same method mentioned above, I work with the actor achieve the desired accent, not just phonetically, but implanted within the character. This usually is an easier objective to achieve, since most actors are English proficient, and all we need to do is add the Mexican/Latino accent.

Whether is Film, TV, Commercials, Voice Overs, or just preparing for auditions, I can help you break down the script, and build your character before you get to the set, and as you are on-set, coach you to keep your accent fresh and stay in character.

Rob Macie Spanish Dialogue Coaching can be found in the following category: