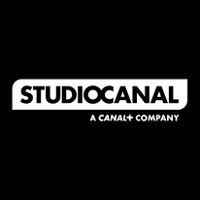 STUDIOCANAL also invests locally on productions such as CUBAN FURY in the UK, a comedy starring Nick Frost and Chris O’Dowd, in France BILLY AND BUDDY with Franck Dubosc and Marina Foïs and CHINESE PUZZLE directed by Cédric Klapisch with Audrey Tautou and Romain Duris, and the studio will soon announce local German productions.
STUDIOCANAL also produces family and animation films, notably through an exclusive deal with Belgian company nWave, a European leader in 3D production. They produced SAMMY’s adventures and HOUSE OF MAGIC.

Finally STUDIOCANAL is also developing into international TV series, strengthening its position as a European leader in content. In January 2012, STUDIOCANAL became a major shareholder in Tandem Communications, one of the leading European companies for international primetime event TV productions and worldwide distribution of quality television programs (CROSSING LINES, PILLARS OF THE EARTH, LABYRINTH, WORLD WITHOUT END…). And in December 2013, STUDIOCANAL took a majority stake in RED Production Company, British producers of high-standard TV series (QUEER AS FOLK, LAST TANGO IN HALIFAX awarded by 2 BAFTAS including Best Television Drama Series …)

STUDIOCANAL is a subsidiary of the CANAL+ Group. We are one of Europe’s leading companies in the market for co-production, acquisition, distribution and sales of international feature films and TV series. STUDIOCANAL is the only studio operating simultaneously in the three main European territories - France, the United Kingdom and Germany - as well as in Australia and New Zealand. Additionally, we own one of the most important libraries in the world, with more than 5,000 international titles.
Address
9250 Wilshire Blvd., Ste. 210
Beverly Hills, California 90212
Website
http://www.studiocanal.com
Phone Numbers
(310) 247-0994 main

StudioCanal can be found in the following category: