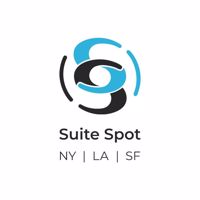 Whether you’re looking for a state-of-the-art post-production house or an experienced team who can execute a 24-hour live stream, Suite Spot is a one-stop-shop for all of your creative production needs.

The Birth of Digital
Suite Spot co-founders Eli Heitin and Adam Drescher met in film school at Temple University in Philadelphia in 1997 when they were both mastering Final Cut 1.0, and they’ve been collaborating creatively ever since. While both had filmmaking aspirations as students, they found themselves entering the professional world during “the birth of digital,” with a marked shift away from traditional film and toward all forms of digital media. After graduating and pursuing their own individual opportunities in production, they found themselves using each other as a resource and often hiring one another to work on projects. They soon realized their complementary skills and styles, and their instinct for industry trendspotting, could fill a huge void in the production industry—with the added bonus of working for themselves. Thus, Suite Spot was formed in 2004.

Standing Out
In the early 2000s, technology was still changing and Eli and Adam weren’t just reacting as new platforms emerged, they were seeking them out. During their first year in business, Adam and Eli gained the trust of clients like Goldman Sachs and CBS, which gave them the foundation to expand their team. (An early client once advised them to always have tapes and batteries ready to go at any time, advice that still sticks with them to this day.) Tasked with producing live streams before live streams were the thing they are today, they developed and mastered techniques to figure out how to turn digital experiences into must-see events. The team at Suite Spot has taken those years of experience and refined their skills to create experiences that look unlike anything else on the market. Live streams that look like commercials. Commercials that look like film. When you have the experience, assembled the right team, and have access to the best equipment, our goal is to exceed expectations.

Work Smart And Hard
Adam and Eli, have built their business from the ground up (literally, they have been seen picking trash up off the ground on set) and understand every facet of production, and they seek employees and partners who value communication, a relentless pursuit of ingenuity, and a collaborative spirit. With offices in New York, Los Angeles and San Francisco, the Suite Spot team works across the country – and across the world. Able to activate in any city and turn their partners’ ideas into results, Suite Spot is truly a one-stop-shop for developing and producing original and branded content.

We Are Ready For You
Suite Spot’s team has executed 24-hour live stream events, digitally broadcast live concerts, gaming events, and product launches, and has the ability to layer video chat platforms in digital video to create experiences that engage our audience with their favorite talent. We have collaborated with world leaders, CEOs of global brands, and A-list athletes and celebrities, but no matter who the client, we believe the most successful collaborations occur when a client feels heard.

Suite Spot can be found in the following categories: