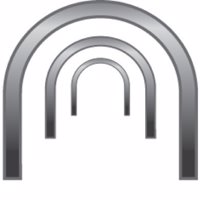 TUNNEL STARTED AS A SOLUTION TO A POST PRODUCTION PROBLEM AND HAS SINCE GROWN TREMENDOUSLY IN BOTH PHYSICAL SIZE AND SCOPE, NOW REACHING BEYOND POST PRODUCTION TO ALL ASPECTS OF THE TV AND FILM INDUSTRY.

TUNNEL OPERATES A STATE OF THE ART CUSTOM BUILT 15,000 SQFT FACILITY LOCATED ONLY BLOCKS FROM THE BEACH IN BEAUTIFUL DOWNTOWN SANTA MONICA, CALIFORNIA.

During a period in the industry marked by struggling studios and production companies, reduced availability of capital for content creation, and shifting means of content distribution, TUNNEL has managed to gain market share and grow revenues consistently year over year. TUNNEL’s focus is on developing a suite of complementary technology and financial-based service businesses that streamline and make sustainable the creation and distribution of Film and TV content.

TUNNEL POST, the post production arm of Tunnel Inc., was originally formed in response to the exorbitant cost of digital intermediate and color correction for the independent film market in 2003. With their partners (Silicon Color, AJA, and Apple), TUNNEL helped pioneer hardware and software that was so successful that it was ultimately bought by Apple and was re-launched at NAB 2007 as “Color,” a new addition to the Final Cut Studio Suite. The sudden drop in cost for high end post-production led to a surge in film and television contracts for TUNNEL POST. TUNNEL has worked on hundreds of films and countless hours of TV with nearly every major network, record label, and studio in Hollywood. Their success has been keenly noted, and has helped contribute to a paradigm shift in the post-production industry.

TUNNEL has continued its tradition of innovation by working with a couple of select partners to make the post process easier and more readily available to films of all sizes. From helping to invent a DI platform that ushered in a new wave of feature film finishing to constantly pushing the boundaries of every application we use, TUNNEL quietly stirred up a storm in the post production industry and has continued to navigate out in front of those battling the storm behind us.

TUNNEL also parlayed their success in post-production into opportunities in film production and financing. Maximizing their dollars through the strength of their vertical integration, TUNNEL has produced over 18 films in the past 5 years.

Branching out overseas, TUNNEL has dealt with a number of international governments in coordinating production efforts around the globe. In just one instance in February of 2007 TUNNEL gained exclusive access to some of China’s top talent. As a result, TUNNEL produced Fusion 2007, a ground-breaking, two-day concert that was aired by Hunan TV to over 220 million viewers in China. Grammy award winner Gnarls Barkley joined Kanye West, Lupe Fiasco and an all-star selection of Chinese artists, led by Jackie Chan, on stage in Las Vegas, to ring in the Chinese New Year.

Having done business and managed productions all over the world TUNNEL certainly realizes that the entertainment industry has quickly become a global community. With more and more content being produced for local markets BY local markets, TUNNEL is always working side by side with partners around the world to push forward a global environment for more sustainable content creation and distribution.

Over the next few years TUNNEL is actively focused on investing time and resources in further redefining a rapidly changing industry. From software development and partnering with the technology leaders in all aspects of the production and post production process to redefining the way films are financed and distributed, TUNNEL is again pushing the boundaries to bring back an sustainable content creation business model and environment.
Address
233 Wilshire Blvd.
Santa Monica, California 90403
Website
http://www.tunnelpost.com
Phone Numbers
(310) 260-1208 main
(310) 260-1209 fax

Tunnel Post can be found in the following category: