ARRI behind the scenes of Oscar® winning films

The Academy Awards celebrated many films this year, such as "Green Book," "Roma," and "Bohemian Rhapsody" that were captured and lit with ARRI equipment.

On February 24, 2019 at the Dolby® Theatre in Hollywood, many outstanding achievements were recognized at the 91st Academy Awards ceremony. ARRI would like to thank the Academy for demonstrating that art is more important than ratings! It was another memorable night celebrating the craft of film and all of us at ARRI were very happy to see the great talents of Cinematography, Film Editing, Live Action Short, and Makeup and Hairstyling recognized in the live telecast of the show. Their contributions to cinema worldwide are certainly not to be overlooked.

The climax of each show is typically the award for Best Picture. For the past eight years, every Academy Award Best Picture winner has been shot on an ARRI camera and this year seven of the eight nominated films were captured by ARRI. The award went to "Green Book" which was shot on ALEXA Mini. 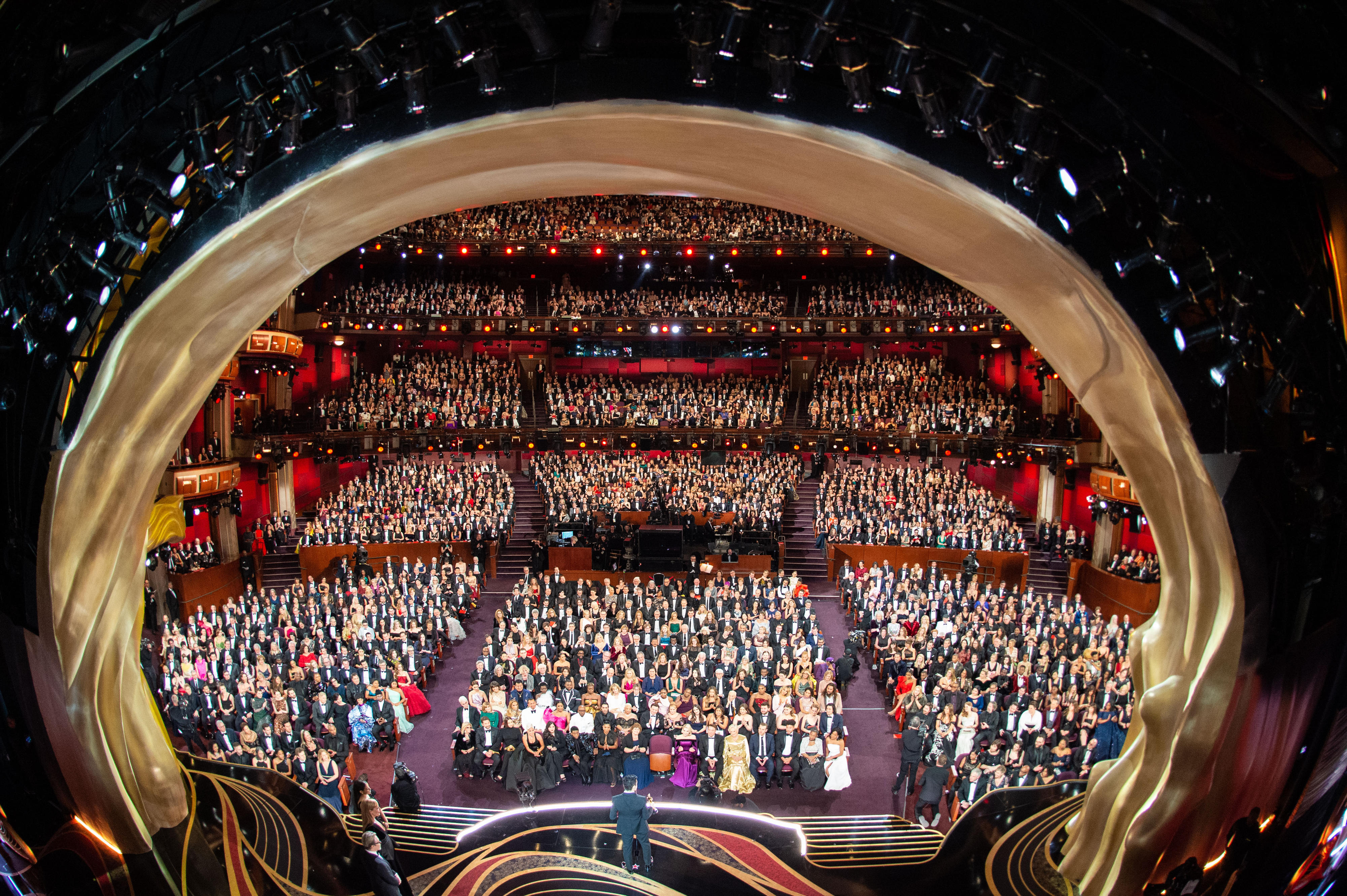 Inspired by a true story of a white chauffer and his African-American star pianist, “Green Book” follows these two very different personalities on a journey into the American deep South of the 60s. The film was named after the mid-20th century guidebook “The Negro Motorist Green Book” which outlined establishments where African-American travelers were accepted during the era of Jim Crow laws. Despite or possibly due to the tribulations met along the way, the two men become friends. Mahershala Ali won best supporting actor for his role of pianist Dr. Donald Shirley and “Green Book” also won Best Original Screenplay. The film, supported by Panavision, already won the Golden Globe for Best Theatrical Motion Picture earlier this year. Cinematographer Sean Porter shot the film with ALEXA Mini and relied on ARRI LED SkyPanels throughout the film. He was able to create a base ambience for the various car scenes that remained constant regardless of the natural lighting outside. Porter, together with his gaffer, was able to control these LED lights remotely and on the fly. 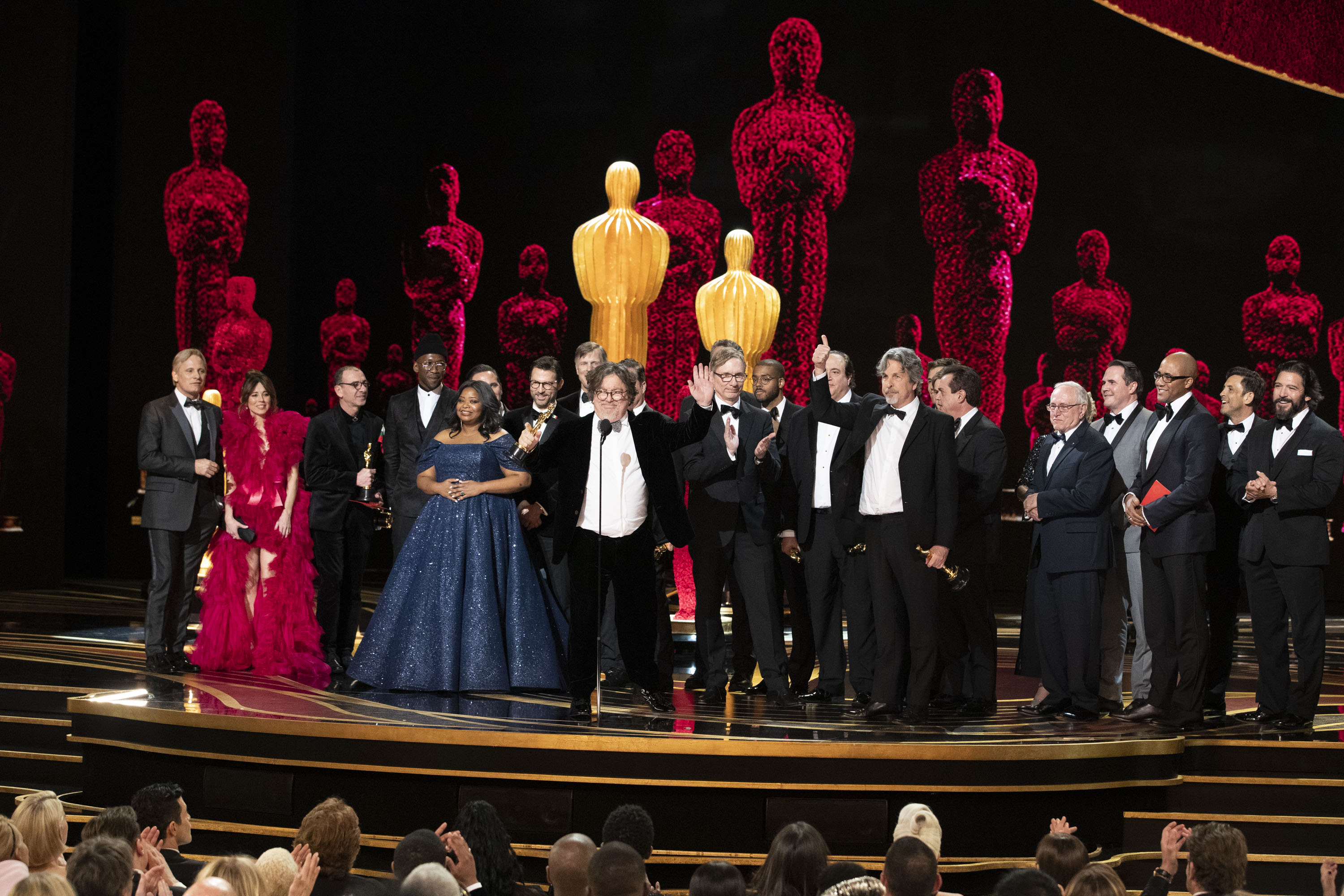 In terms of cameras on set, the majority of the nominated films in the category Best Picture used ARRI as their main camera. Both Cuarón for “Roma” and Newton Thomas Sigel ASC for “Bohemian Rhapsody” chose ARRI Rental’s ALEXA 65 camera. Cuarón also used Prime 65 lenses while Sigel helped to develop a unique set of Prime DNA lenses with ARRI Rental especially for the film. These lenses ended up capturing the Best Actor in a Leading Role performance this year which was awarded to Rami Malek. Rachel Morrison, the first camerawoman to be nominated for an Oscar® last year for “Mudbound,” chose ALEXA SXT for her work on “Black Panther” in 2018. The ALEXA Mini was also a popular choice and went to work for Matthew Libatique ASC in “A Star is Born” and for Sean Porter in “Green Book.” Whereas Robbie Ryan BSC, ISC for “The Favourite” and Greig Fraser ASC, ACS for “Vice” preferred to go analog with the ARRICAM LT and ST. Even though it wasn’t used as the main camera on the film, the ARRICAM LT supported the film crew on Spike Lee’s joint “BlacKkKlansman” as well. 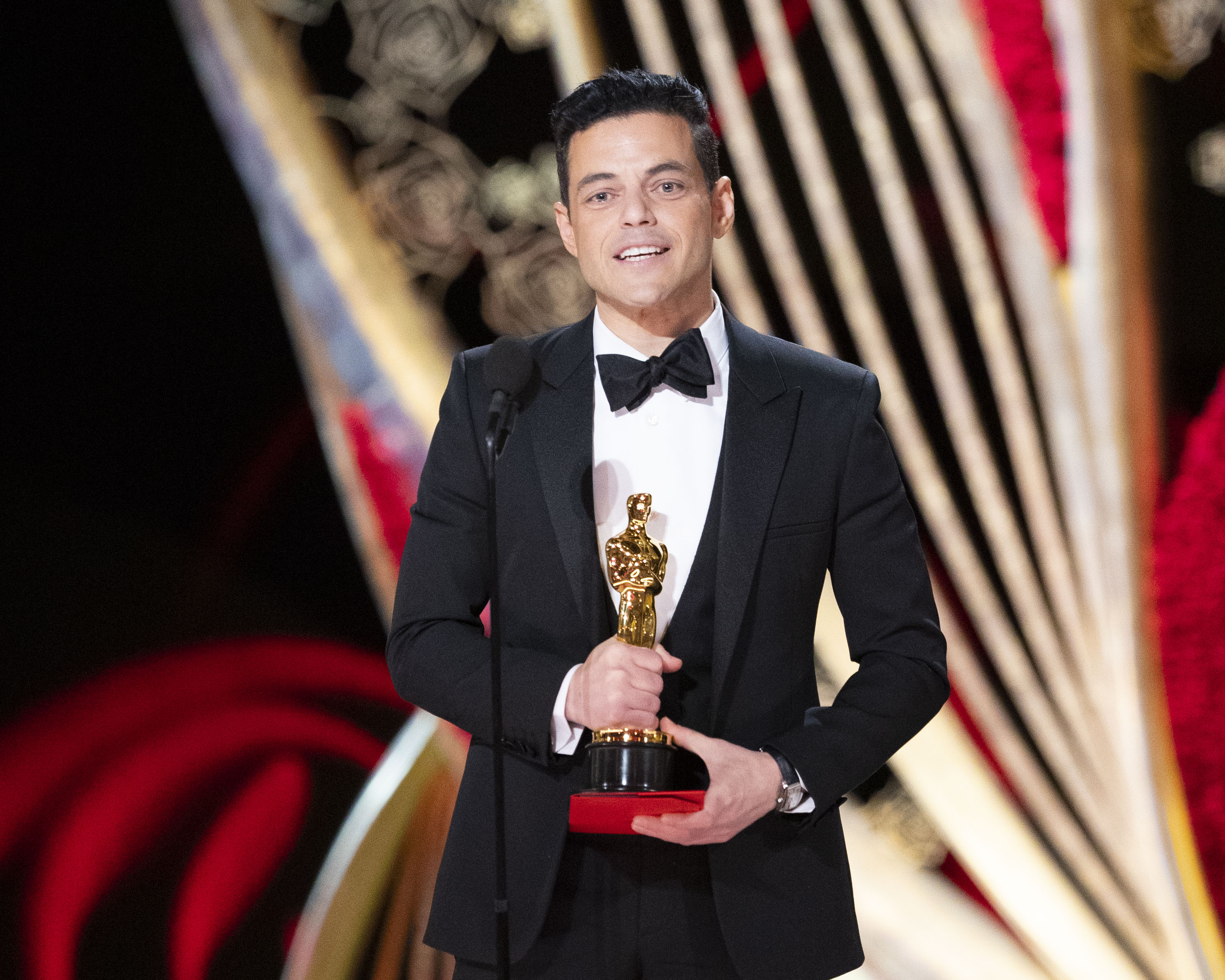 The presentation of Achievement in Cinematography is for many at ARRI, the highlight of the evening. This year all five contenders in the category chose to work with ARRI cameras. These competing films were as diverse as they were visually stunning. DP Robbie Ryan BSC, ISC chose to shoot “The Favourite” with an ARRICAM LT and ST in 35 mm to depict the 18th century English court using wide-angle shots and low light. It was Caleb Deschanel ASC’s sixth Oscar® nomination this year for “Never Look Away,” which was also nominated as a German submission for best foreign film. Both Deschanel and Lukasz Zal for “Cold War” picked ALEXA XT as their chosen camera. Second-time nominee for the Cinematography Oscar®, Matthew Libatique ASC, used the flexible ALEXA Mini for “A Star is Born.” Using the ALEXA 65, Cuarón shot his personal homage in black-and-white. This semi-autobiographical drama written, directed, produced, shot, and co-edited by Alfonzo Cuarón was inspired by his upbringing in Mexico City and follows the life of a middle-class family’s live-in housekeeper. In the end Alfonso Cuarón took home the statuette for “Roma.” A well-deserved win in a brilliantly competitive playing field. 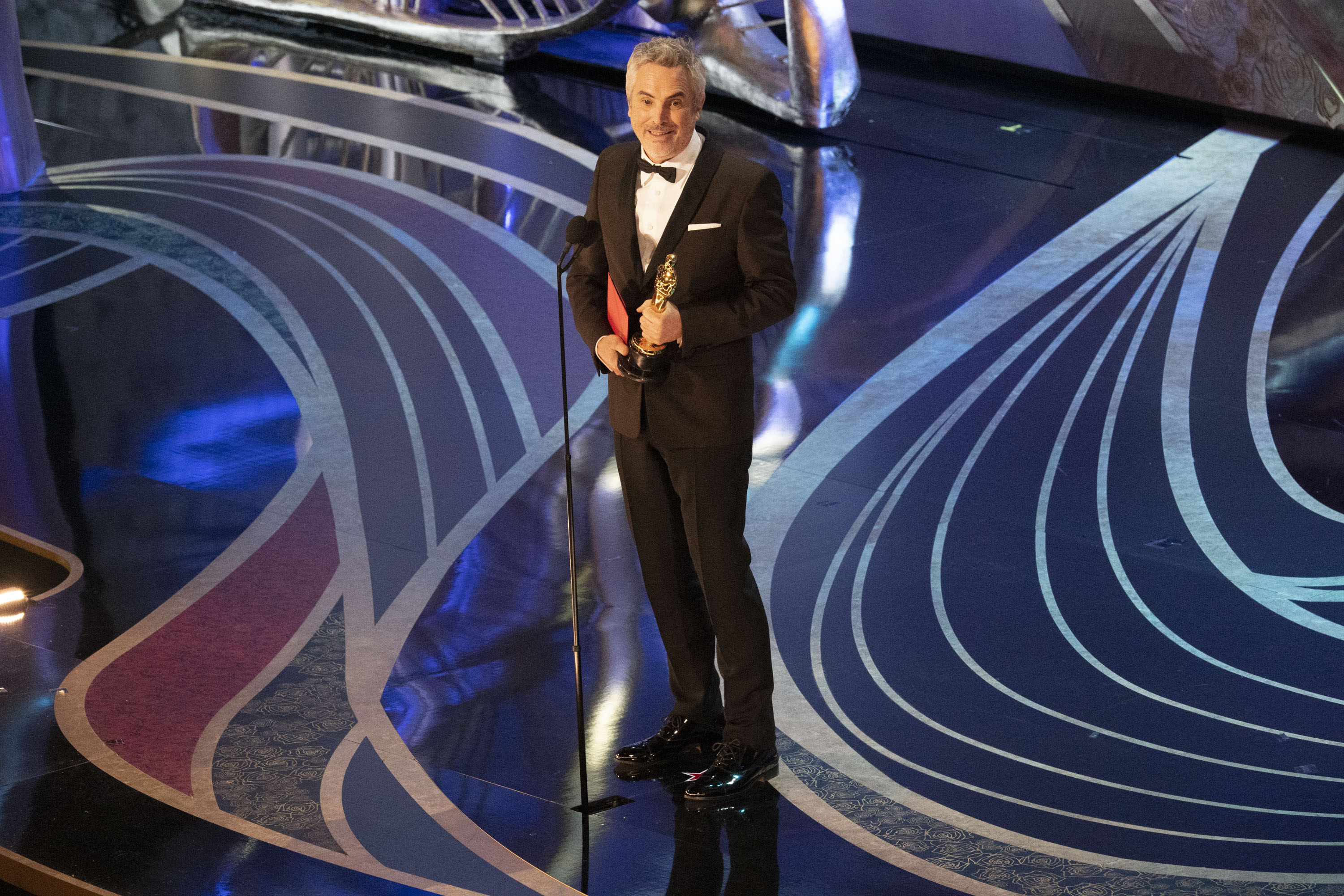 In his acceptance speech, Cuarón gave thanks: "To create a single frame of film, as you well know, requires the work of a lot of people, very hard work. So, I want to thank Yalitza Aparicio and Marina de Tavira before anybody else. The amazing cast and crew, Gabriela Rodríguez and Nicolás Celis as producers, Participant and Netflix, Technicolor and ARRI."

In an interview with ARRI Rental, who supplied the camera for the picture, director and DP Cuarón reflects on the film’s conception and his decision to choose the ALEXA 65: “I was clear that I didn’t want to shot in film. I love film, but being black-and-white I was afraid that it was going to give a nostalgic element to the film, you know, a nostalgic photography…This is a film that is a vision of the present looking at the past, so that is the reason I took the most contemporary tools available, 65 mm, to create the photography in black-and-white that is pristine without any grain, with amazing resolution, great definition of lenses, I also took advantage of the amazing dynamic range.”

To see the video interview in its entirety, please visit Vimeo.

The category Best Foreign Language Film was also a tight race. From Japan to Poland, from Lebanon to Germany, international filmmakers continue to produce their touching and globally relevant stories with ARRI. Repeating the exact statistics from last year, every picture nominated in this category was shot on an ARRI ALEXA camera; only one exception used an ARRICAM ST, 35 mm. We thank our friends around the world for their trust in our equipment. “Roma” was awarded Best Foreign Language film of 2018 becoming Cuarón’s second Oscar® of the evening, soon to be followed by his third win for Best Directing. 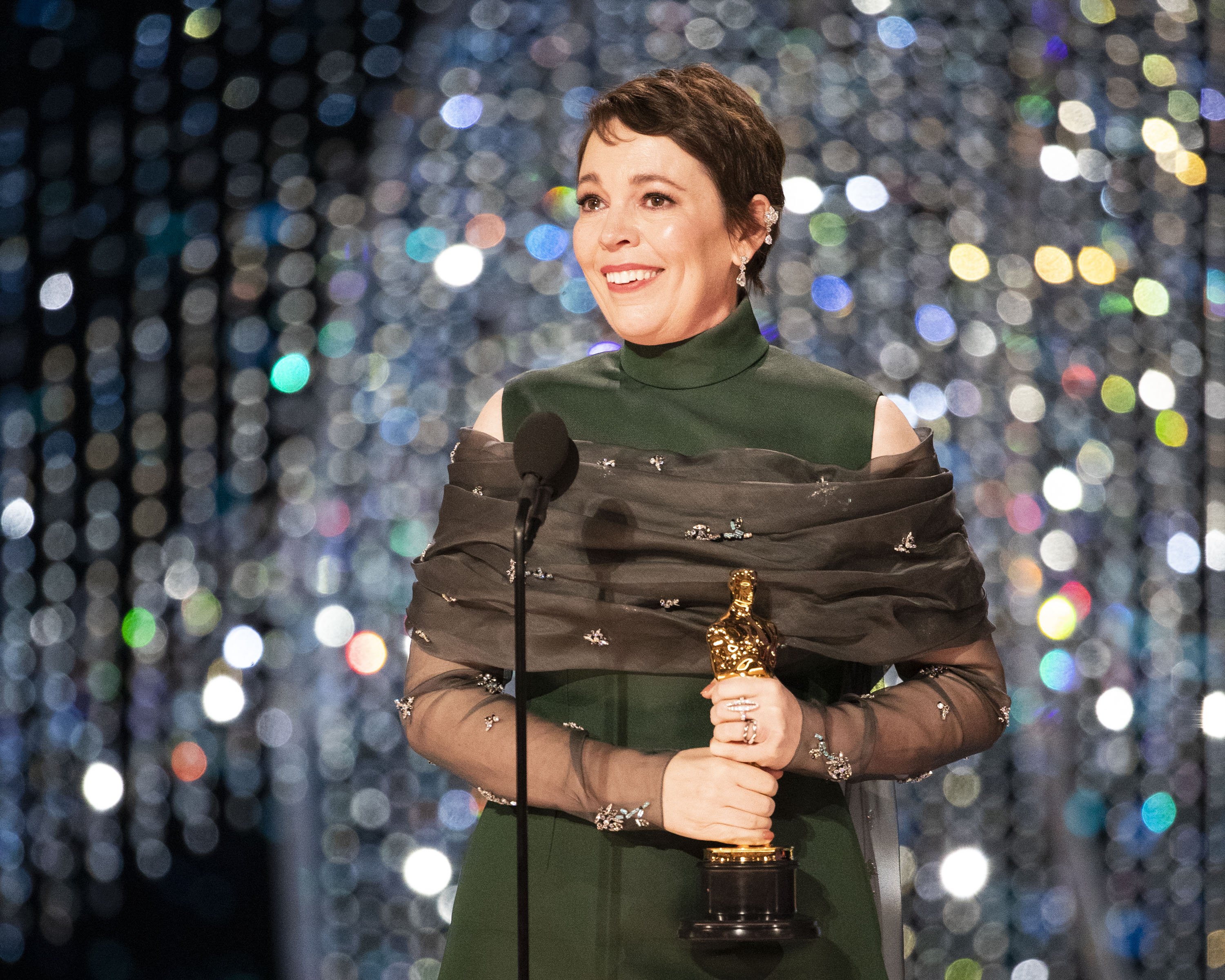 Olivia Coleman accepts the Oscar for Best Actress in a Leading Role for her performance in “The Favourite” which DP Robbie Ryan BSC, ISC filmed with the ARRICAM LT and ST. Photo: ABC/Craig Sjodin

The visual language of a film is created not only by its cinematographer but also by its visual effects artist. A symbiotic relationship between the two disciplines is vital to achieve a convincing fictional environment. ARRI cameras and ARRI recording format dominated this category at the Oscars® this year as well; every nominated film in the category Achievement in Visual Effects was shot on an ARRI camera. The Academy Award went to “First Man,” a biographical drama detailing Neil Armstrong’s harrowing path to become the first man on the moon. Directed by Damien Chazelle and shot by Linus Sandgren FSF, this film was captured in 35 mm on ARRICAM LT. 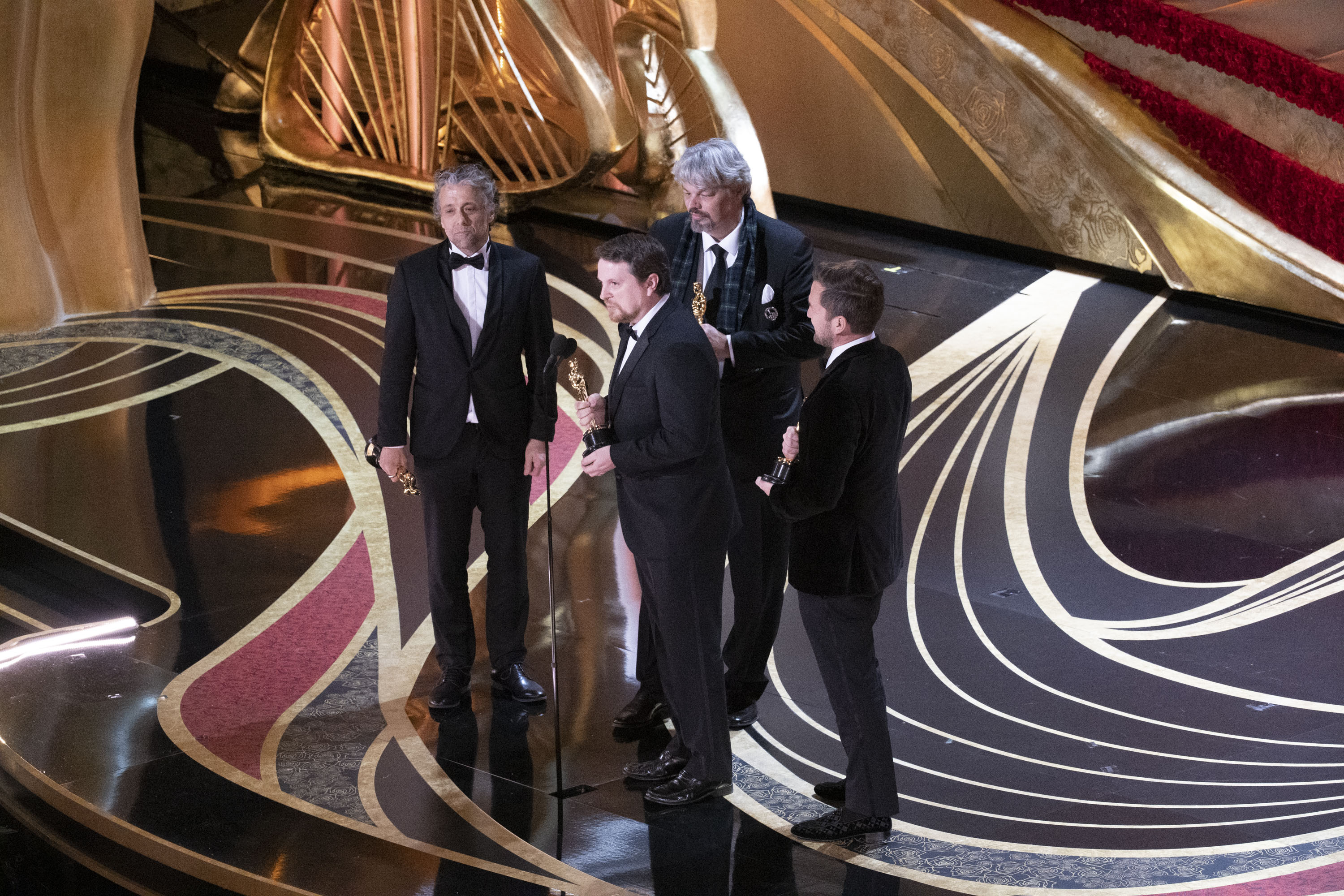 ARRI congratulates all the winners and nominees of the 91st Annual Academy Awards. We thank you for relying on ARRI cameras, lenses, lighting, and services to help bring your artistic visions to life.

For a complete list of winners, along with their acceptance speeches, please see:
http://oscar.go.com/winners

Please see the links below for more detailed stories on ARRI’s recent involvement with this year’s Oscar® nominated and awarded films.